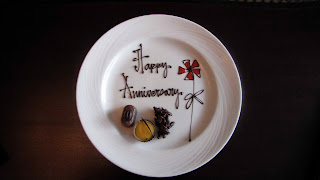 We celebrated our 20th wedding anniversary in August. It seems hard to believe that 20 years ago we stood in Davidson's Mains Church and made promises to each other. It has been a privilege and an adventure and has certainly taken us to places that we never imagined going. We feel very blessed to have known so much happiness and have certainly seen God's faithfulness through the years. 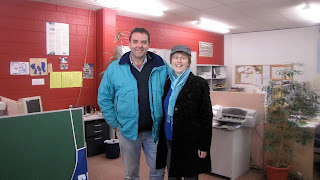 Partly through the generosity of Air New Zealand we were able to celebrate with a night in Auckland. I wore the same jacket that I bought for our honeymoon. It does clash slightly with the colour of the walls in the office. 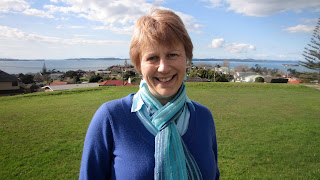 We had time to explore a few new corners of Auckland. Ailsa looked as beautiful as always. 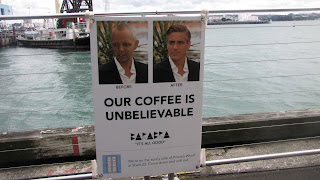 I on the other hand could relate more to the sentiments of this advert at the cafe we had coffee in by the harbour. 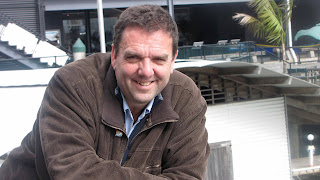 Fortunately this photograph was taken after the coffee! 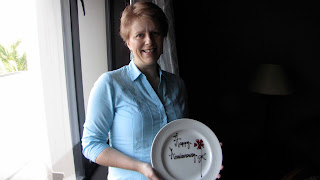 We are very thankful for all the people who have supported us through the 20 years. Our friends and family have poured love and care into us and our children and we would not have made it this far without the care, concern and practical support that we have enjoyed. They say behind every great man is a surprised wife and although I make no claims to greatness I do believe that anything I have been able to do has been multiplied through Ailsa's encouragement and partnership. 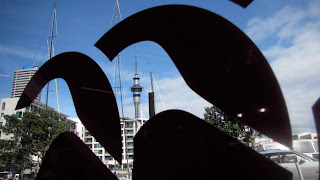 We had a great time exploring some new parts of Auckland and were grateful for friends in Wellington looking after the boys for a couple of days. I am not sure if 20 has a name but we decided not to buy half a ruby. 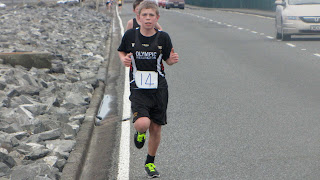 The boys enjoyed the cross country season and all competed in the round the bays relay. 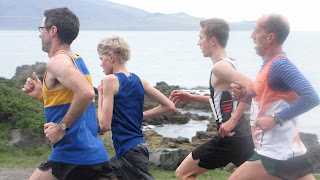 Luke's running has come on significantly this year and he was delighted to be able to run in the Nationals. He is currently working on his athletics and hopes to run in the track nationals too and to make the school athletics team. 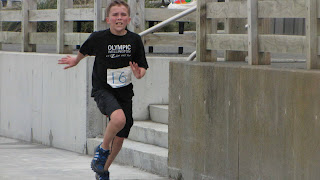 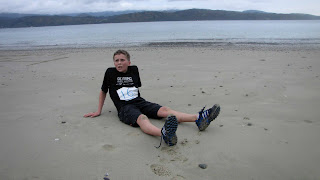 The boys all live life in the fast lane and we don't have the opportunity to sit down together as often as we would like. 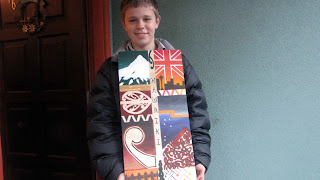 Jamie has been choosing his subjects for year 11. Art will be one of his options and he is producing some really good work. This was a piece of Maori Art that he created using paint on board. The Maori word in the centre means homeland. 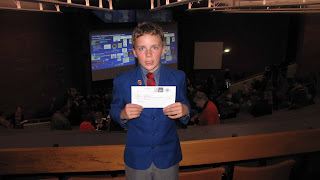 Craig has had a remarkable run of success in different areas. He won a prize at the Wellington Science Fair for his project on re-designing a recycling box. 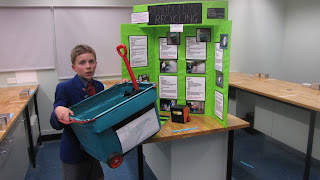 He also played Caliban in the school production of the Tempest and was picked to play Fleance in the New Zealand Opera production of "Macbeth" at the St James theatre. 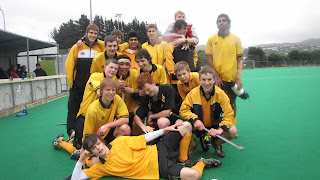 Luke's 2nd XI team played in the Galletly Cup and finished 5th. Jamie was also picked to play in the tournament so they played together again for the first time this year. They have both improved a lot and both teams finished 3rd in their respective competitions. 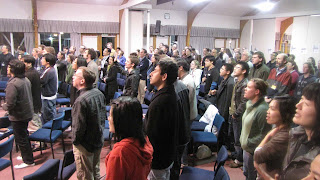 On the work front I spoke at the second Catalyst graduates conference. This was a very encouraging time and we had 150 in Auckland for the weekend. 15 tracks addressed different disciplines and professions and embryonic networks continue to develop. We are currently completing a resource for final year students to help them transition into the world of work. Mark Grace is doing a great job developing this important initiative. 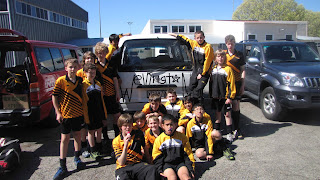 Craig's Wellington U13 team, which I coach won the Curtis Cup in the Wairarapa. This is a regional competition for development teams and we won all three of our group games before playing brilliantly against Hutt Valley in our semi-final and winning a tight final against Hawkes Bay in the last minute on a partially flooded pitch. 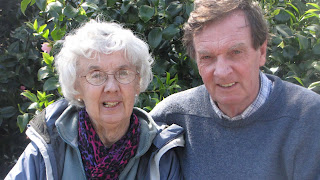 My mum and dad are visiting from Scotland for 6 weeks and it is good having them with us. They were able to hear Luke sing in the chorale and to see Craig's tournament and operatic performance as well as going to a few places with the whole family. Our Odyssey sadly died after completing 230,000 km and 16 years of service but we hope to get a new one in due course. I am heading off to South Africa for the third Lausanne Congress in Cape Town which promises to be interesting. You can follow news of that on Cultural Connections. We are also producing news and insights for a wider student audience. You can read that on our networked blog for Lausanne. 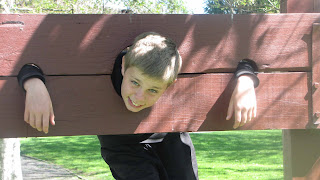 Oh and just in case you think from the news above that our children are perfect and never get into trouble or require discipline. They are not and they do!
Posted by Nigel Pollock at 1:16 PM

Glad to receive your affirmation Stu!

Sorry for the stupid question. What is the best search engine http://google.com or http://yahoo.com?