To Base Camp and Beyond 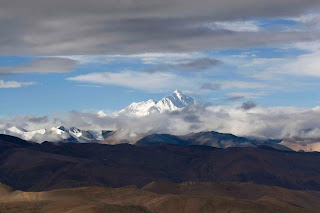 Everest first captured my imagination in a log cabin on an island in British Columbia. Browsing in a second hand bookshop I picked up Into Thin Air by Jon Krakauer, an account of the 1996 Everest expeditions which were caught in a storm while high on the mountain. Fifteen people lost their lives, including Kiwi guide Rob Hall. I became fascinated with what drew men and women into the ‘death zone’, the name given to the area above 28,000 feet. Above this altitude the air is so thin that it is at the limit of human physiological function. This combined with the low temperature and difficult conditions means no one can survive there for long.

Over the next few months I read everything I could find on Everest. I guess I came to the mountain later than many Kiwis who have grown up on the achievements of Hillary and Tensing but I began to mentally map the routes. The names of the mountain; Chomolangma, Sagarmāthā, and the Kiwi sounding Peak XV, the points on the journey; Lukla, Namche Bazaar, the Khumba Glaciar, Western Cwm, Lhotse Face, the South Coll, the Yellow Band, the Balcony, the Hillary Step; places I will never visit but which carry significant memories for those who have.

So at our Staff Training Conference last August when I was asked ‘Where are we now?’ I found myself taking a vivid and drawing Everest on the flipchart. Given that we were in Upper Hutt, rather than Nepal or Tibet, this was not the most obvious starting point. As I tried to answer the question I spoke about the mountain in an attempt to map where we had come from and where we were heading as a movement. 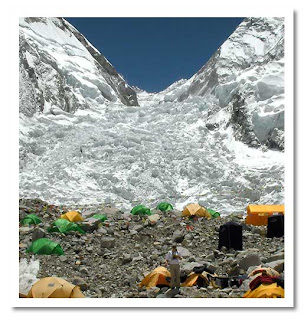 In 2004 TSCF began to recognise that it was time to go back to the mountain. Matthew Scott wrote in his final Annual Report ‘I believe that the time has come to lead again guided by the Spirit of Jesus.’ When I was invited to come by the Board to consider leading this expedition Andrew Saunders met me at Auckland airport. Over coffee he said, ‘Please come but don’t come alone. If you can, bring some friends who have experience who can get things moving again’. I visited several times in 2005 and found that the climbers were discouraged, low on resources and a little lost. SLC 2005 looked at the Psalms of Ascent. We sat on the grass in the sunshine with staff and student leaders and began to dream a little. The Board were under no illusions as to the size of the challenge that we faced but were willing to step out in faith. That week we embraced a fresh vision to start climbing again. But this was not a vision to go somewhere that TSCF had not been before. This was a call to return to the mountain of Hillary, Tensing and Mallory, or in our case the mountain of Guinness, Laird, Orange, Miller and in more recent times of Malcolm, Ang How Kheng, McIntosh, Grantham, Saunders and Yee. The mountain we climb is to see students coming to Christ and discipled for life; to see the gospel engaging culture and the Bible applied to every area of life. We are working to raise up a new generation of influence in New Zealand and around the Pacific Rim. 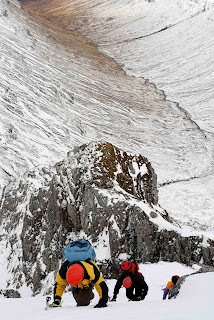 I have been very conscious on this expedition of following in the footsteps of those who have gone before. We are grateful for those who have established camps, fixed ropes, cached oxygen, created maps and dedicated their lives to the summit. We would not be where we are today were it not for their service, sacrifice and support. Ed Hillary often spoke about how it was an international expedition that put him and Tensing on the top of the world. Sir John Hunt’s first choice was to put two Brits up; the Kiwi and the Sherpa were the back-up option. I lead an international expedition, which has as its first priority putting New Zealanders on the summit. This embraces the whole spectrum of contemporary
New Zealanders including those who have been here for generations, those who will be here for generations to come and those who are here for a season. That first summit of Everest with a Kiwi and an Asian standing together on the top of the world supported by a multi-cultural team is a powerful image of Everest past and TSCF present and future. 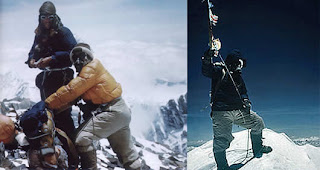 So as I reflected at Staff Training Conference about our journey over the past four years, I found myself talking about making it to Base Camp. We have worked hard to get our expedition together. We have assembled a growing team of staff, students, volunteers and supporters; registered as a charity and legally incorporate; redone all our systems; revitalised our electronic and print communications; moved to a governance board; established a National Leadership Team; launched Catalyst to work with postgraduates, academics and graduates. We have seen growing numbers of students coming to faith; developed the MINTY training programme; seen thousands of students attend an outreach event; explored a residential student community at ‘Rongopai’ in Wellington; strengthened international partnerships; increased financial reserves by $350,000 and not run a deficit in any of those years. At the end of 2005 we agreed to aim to double the staff team, triple the income and quadruple the core number of students involved by 2011. Each of these objectives has now been exceeded. It has not been easy and our faith and endurance have been tested but we have a lot to give thanks for. This Annual Review details many of these things and I hope you are encouraged. But we are not at the top of the mountain. We have only made it to Base Camp. Getting to Base Camp is quite an achievement; many tramping expeditions have Base Camp as their final destination, but not us. We are here for the summit. 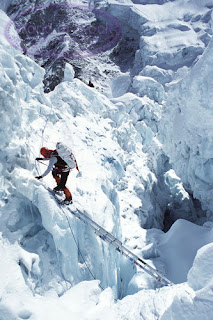 At present we are working our way through the Khumba Icefield with all its hazards and continually changing landscape. We continue to grow the team and are excited by the appointment of Simon Rabbidge from Tokanui to
strengthen the team in Lincoln but we need to see strong teams established in Dunedin, Palmerston North and Hamilton.
We are still getting our equipment together and putting our lines in to go to Camp 1 and then higher up the mountain. Looking up the mountain, where are we trying to get to by 2015? This is where we are going in the next 5 years. By the grace of God we want to:

• See more students coming to faith through cross-centred, culturally relevant, creative evangelism that addresses the big issues in the academy and the media and is unashamed of the gospel.
• Develop a growing depth in discipleship through meeting the Living God in His Word and applying it in a community of meaningful friendship that inspires students and graduates to live distinctive lives that honour God and bless the campus and society.
• Encourage a new wave of Christian thinking that applies the Bible to the whole of life and helps people work out what it means to live and speak for Jesus in their university, workplace, home, community and leisure.
• Grow a new generation of influence who will have a clear sense of God’s call on their lives and make life choices characterised by self-sacrifice and service, and who have the discipline and endurance to keep going onwards and upwards to inspire others to be salt and light in NZ and beyond.

In short we want to see God raise up a new generation who want to give their utmost for His highest. This is the vision that has captured our hearts and has us in the thin air on the mountain. I hope it inspires you to climb on your chair to shout encouragement, to get on your knees and to put your hands in your pocket. 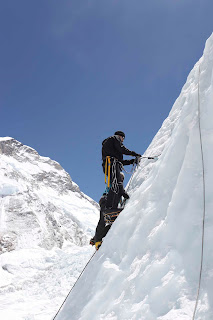 To make the summit we need more people on the expedition, on the mountain, at Base Camp, in Kathmandu and at home. We need to develop our resources and to broaden our cultural diversity so that we reflect the campuses we work on. We look to partner with churches to develop resources and with people that will influence the cultures and communities that make up these islands and whose influence extends beyond these shores. We urgently need to establish a base in central Auckland as an office and meeting space. We want to establish more residential communities near campus in major centres. We want to mobilise people to pray for the student world. There will be significant celebrations around the Rugby World Cup in 2011, the Marsden Bicentenary in 2014 and the Anzac Centenary in 2015 that will present significant gospel opportunities in this nation, which we aim to participate in wholeheartedly. 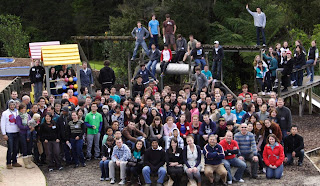 High altitude mountaineering is a high-risk activity. Despite meticulous preparation people die. The allure of the mountain and the prospect of gaining the summit, draws people into the death zone. Their friends and family typically speak of them dying ‘following something they love’.

We’re all about getting people into the life zone. Yes some of us may lose our lives in the process but we will die following SOMEONE that we love. In the words of a famous low altitude mountaineer ‘He is no fool who gives what he cannot keep to gain what he cannot lose’.

We ask that God would give us this mountain and that you dust off your ice-axe and crampons and join us for another summit attempt.

This is the text of the TSCF Annual Report for 2009 which was delivered at the AGM at the National Student Conference (group picture above). It has since been circulated in NZ and is posted here for the encouragement of those who support our work around the world.
Posted by Nigel Pollock at 9:47 PM

Thanks for this Nigel.
It's been really helpful to get the big idea of what you've been trying to do, and where you hope to lead the work. It's wonderful to see so many answers to prayer and to imagine how your faith has been stretched and grown. Keep up the good work.
We'll pray for you from our home: 1 Everest Drive, Crickhowell.

Is Everest Drive the highest point in the village?

Or only when you are there!

I really was touched with this line, The mountain we climb is to see students coming to Christ and discipled for life; to see the gospel engaging culture and the Bible applied to every area of life. You have a great purpose, may God bless your plans, your dreams. I will be including you all in my prayers. With God nothing is impossible!