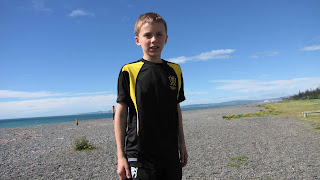 Craig had a great week in Napier at the Regional under 11 Tournament. Five teams competed in the development tournament and he was pretty pleased to represent Wellington. 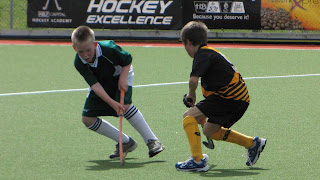 Under 11 is the youngest Representative Grade and is a fantastic mixture of emerging skills, growing coordination, embryonic teamwork and huge variations in size. The Hawkes Bay goalkeeper was literally twice the height of Craig. 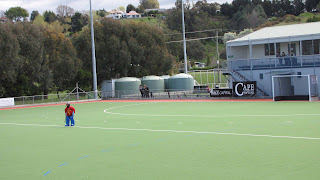 Craig is not the kind of goalkeeper who stands static on his line! He likes to stay involved and to encourage the team from his vantage point at the back. 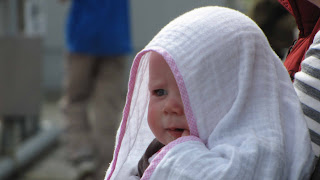 Fans and supporters of all ages come to support the boys. Some have more cuteness than understanding of the game. 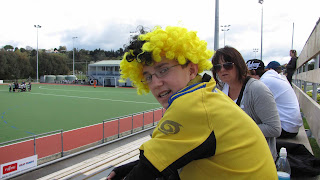 Whereas others have more understanding of the game than cuteness! 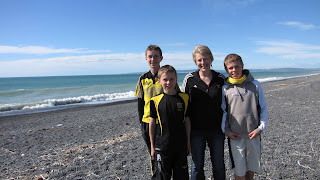 And before I get a deluge of correspondence telling me that "Luke IS cute" I should make it clear that I agree, that the contrast above was just for humerous effect and that his cuteness has just evolved a little over time! In fact they are all very cute which I am sure they get from their mum! 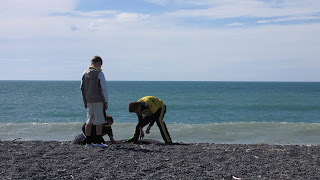 We are thankful for how well the boys do get on with each other. It was nice to see Luke and Jamie being so supportive of their wee brother. They continue to be genuinely interested in each others lives, which we we are grateful for, for as long as it lasts. 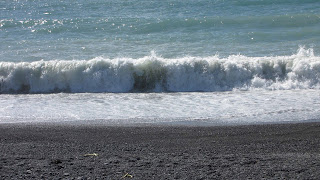 The morning I flew up to Napier a Tsunami devastated the Samoan islands and Tonga. It seemed incredible that on a bright sunny New Zealand morning the same wave could wash so harmlessly against our shores, dissipating over distance. In Samoa, in particular, communities have been destroyed and entire families wiped out. It is part of living on the Ring of Fire that these kind of disasters are never far away. The South Pacific although huge geographically is close in community and many families in NZ have been affected directly or indirectly by this tragedy. 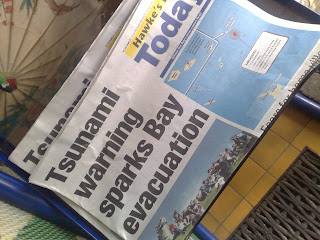 New Zealand was on alert for a while and in Napier homes were evacuated. One interesting aspect was that friends overseas heard about what was going on or might be going on before I did. Looking at the pictures I took that beautiful Napier morning in the light of the pictures from the badly affected islands made me think that it was in similarly idyllic weather that the tsunami hit. Sometimes when you least expect it is when tragedy appears. 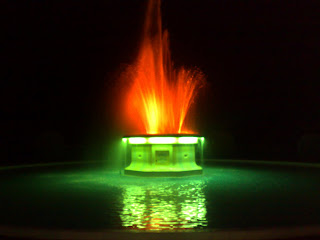 Craig's team qualified for the final of their tournament and won 5 - 0 against local team Hawkes Bay. He made a few important saves early in the final and over the week only conceded one goal. In a city made famous by an earthquake in its past it was a reminder that sport and success are great but they need to be viewed in a bigger context. It always strikes me as strange that "the news" on tv always moves on to sport - pretty much no matter how serious the headlines have been. Bill Shankly famously said "Football is not a matter of life and death; it's far more important than that." He was wrong. 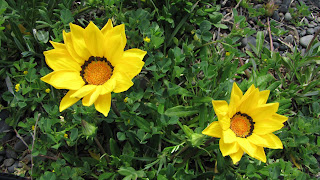 "All men are like grass, and all their glory is like the flowers of the field. The grass withers and the flowers fall, because the breath of the LORD blows on them. Surely the people are grass. The grass withers and the flowers fall, but the word of our God stands forever." Our achievements are beautiful but ultimately insubstantial. Great to look at and enjoy but ultimately insubstantial. There is a time and a place for everything and we live in seasons, mindful of the earth turning and being turned. 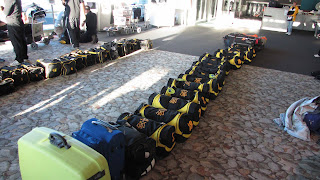 The last act of this sporting season is the Hatch Cup. This is the National under 13 championship now in it's 51st year. I am coaching the Wellington Under 13 team. We have a blog where you can follow our progress. This morning we flew to Invercargill at the bottom of the South Island into freezing temperatures and driving rain. People keep telling me that I should feel right at home! 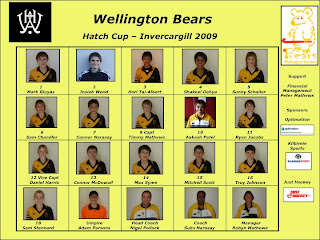 The team has come on a lot and on or day we can beat anybody. You can see photos of the team in action through the season on our official site. 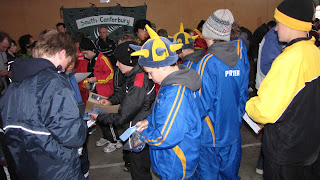 The tournament starts with a ribbon swapping ceremony where players from all 24 teams from around New Zealand exchange ribbons in the colours of their province. You could sense the excitement building as the boys started to eye up the opposition. We are looking forward to the competition and have high hopes of qualifying for the quarter finals. You can follow our results here during the week and clicking on draws and results and then Hatch Cup 2009 from the list on the next page. 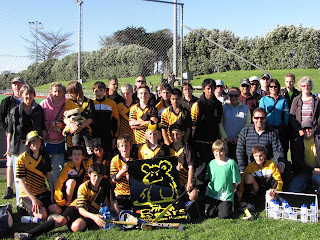 Ailsa made cards for each of the team which I gave them at the airport. My hope is that they develop a players and as people through the season in general and the tournament in particular. What I wrote in the cards sums up how I feel about where we are.

"Well done on making it to the Hatch Cup.
This is a great competition with a long and
proud history and it is a privilege for us to
be part of this heritage.
We are here to represent Wellington.
We play for the team and for our families
but we represent the past, present and future
of our province and all who call it home.
We have worked hard all season and have
improved in all areas. Good work!
I hope that your time in Invercargill will have
many happy memories for you in the future.
I know you will give it your very best and will keep
going to the end of every single game.
You are an important part of a good team.
Have a great time at Hatch.
GO BEARS!!!" 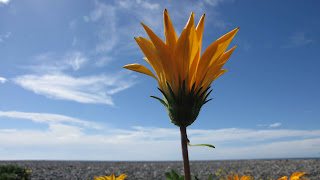 We are conscious of many eyes being on us here and of high expectations, we will do our best. 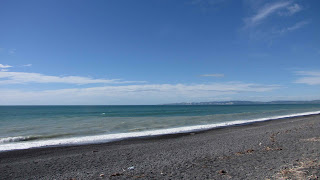 Posted by Nigel Pollock at 3:03 AM

Anonymous said...
This comment has been removed by a blog administrator.
12:41 PM