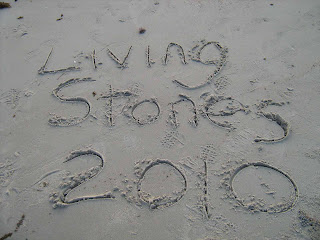 Living Stones is the name of the IFES vision framework to 2020. It seeks to see students built into communities of disciples, transformed by the gospel and impacting the university, the church and society for the glory of Christ. In it we headline six strategic priorities which have releasing student initiative at the heart of what we do around core commitments of Scripture Engagement, Community and Prayer shaped by 1 Peter 2 v 4 and 5

Scripture Engagement – As you come to him, the living Stone…
We grow in our relationship with God through personal Bible study and deep theological reflection. We become believers who wisely apply biblical truths in our lives.

Community - … you also, like living stones, are being built into a spiritual house.
We are called to work and grow together with all believers to achieve our vision. We model the unity that Christ has made possible between people from a variety of church backgrounds and nations.

Prayer - …offering spiritual sacrifices acceptable to God through Jesus Christ.
We are absolutely dependant on God’s help and direction in all our plans. We must regularly and corporately seek God’s will for the Fellowship. 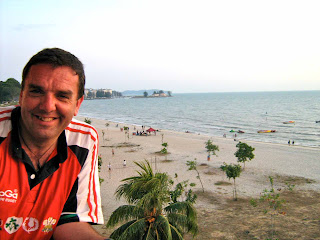 The six strategic priorities are:

1. Communicating the good news of Jesus Christ – creatively and clearly to campuses throughout the world, in word, in action and through relationships, within and across cultures

2. Strengthening leadership and formación – through leaders of integrity, impacting the church, the university, all of society

3. Promoting student-graduate integration – nurturing life-ling disciples, committed to student ministry and to being witnesses in the workplace and society

4. Building sustainable support – through a growing wave of indigenous generosity and involvement.

5. Addressing global issues – as students, united with the global body of Christ, responding to contemporary challenges from a Christian perspective

6. Engaging the university – constructively and boldly, with carefully developed biblical worldviews, demonstrating the integration of faith, life and academic disciplines

It was heartening to see the progress that has been made in New Zealand in the last five years and to see that we are at the leading edge globally in some of these areas. 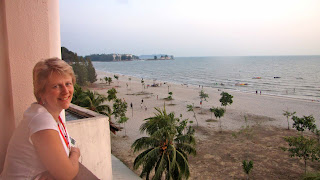 In March the leaders of the work in each nation gathered in Malaysia with regional and international staff to work out what this vision looks like in practice on the ground. It followed a similar gathering held in Germany three years ago and built on work done at the World Assembly in Canada. Ailsa was able to come as well through the miracle of airpoints. Airpoints themselves are not miraculous, the miracle was being able to book flights at the right time and to the right place. The boys went to three different families in Wellington and it was great being able to travel together and for Ailsa to meet a number of people that she had heard me speaking about but had not met. 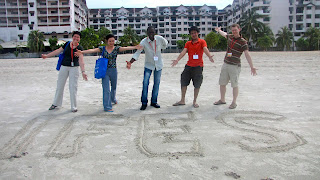 It is fantastic to be part of IFES and to be involved with the work in 152 countries with over 500,000 students. Many of these graduates go on to play leadership roles and to hold positions of responsibility and influence in church and society.
The Living Stones Vision recognises that strong growth needs firm foundations, and will invest in identifying and initiating excellence and best practice in the following areas.

3. Global partnerships – an expression of our unity in Christ, within and across cultures

This was all very helpful and for many movements globally the lack of investment in some of these areas makes the ministry even more precarious. Again I was encouraged to see how we are making progress and helping others through our various partnerships and exchanges to do likewise. 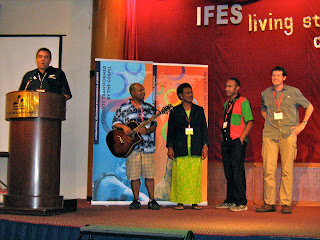 We spent time each morning with the others from the South Pacific Region and it was encouraging to see these relationships develop. We also had a slot to speak about the work in the Pacific to the wider conference and had fun doing that as well. We are a strange mixture from the urban sophistication of Sydney harbour to the stone age tribes of the Papua New Guinean highlands and a lot of things in between. We are surrounded by a lot of water, very aware of the threats of tsunami, earthquake and global warming and being a meeting place for many cultures and backgrounds. There is much to learn here. 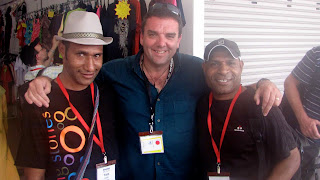 I have got to know Tom and Yando from PNG over the last few years. They are doing a fantastic job heading up the student and graduate ministry and seeing some obvious growth in both. I was privileged to be at the relaunching of their vision in 2008 when I was speaking at the national conference in Mount Hagen. People do not always know how to place me at international gatherings. Yando introduces me to people as being Kiwi on the outside but being Papua New Guinean on the inside! We hope to have them both over at our conference in Auckland at the end of June. 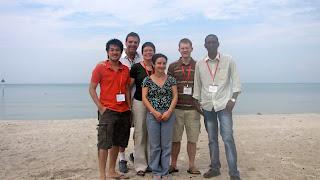 The greatest privilege of the week was leading a small group each day. I was given a group of some of the younger General Secretaries and we had a very good time together. We were from a number of lands Thai, Swazi, Ice and New Zea and from a couple of "stans" (former soviet republics). We spoke about the opportunities and challenges, shared about coping with corruption, being watched by the KGB, models of leadership, political tension, indigenous beliefs, secularism and pluralism. We were told after the first day that we could meet anywhere, even in the swimming pool. I think it was intended as a joke but we met on the beach, under the trees, in the foyer and on a couple of days in the pool. Jon shared at the end of the week that one of the older Scandinavian General Secretaries had spotted him in the pool at small group time and was about to come and give him a row. "But then I saw Nigel and I thought that explains everything". A comment I found both reassuring and disconcerting at the same time. Thailand and Iceland have been in the news a great deal for different reasons since we were in Malaysia and I have thought of all the group often. 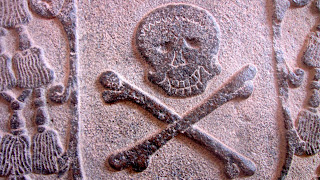 On the Sunday I had been asked to lead the Service and we welcomed a number of Malaysian students, graduates and supporters into the conference. I was surprised by the amount of positive feedback from really doing very little. In the afternoon there were excursions and we chose to go to Malacca and had the chance to visit the old port and some early churches and colonial graves dating back to the 17th Century. 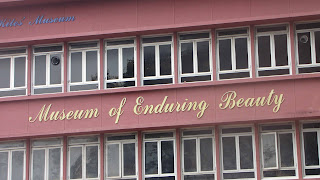 We didn't have time to go in but the Museum of Enduring Beauty sounds like a great day out if you are ever in Malacca with a few hours to kill. We had to run quickly to avoid being captured and put into one of the exhibits. 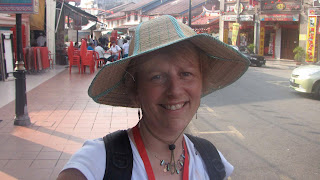 Ailsa commented that she was amazed at how many people from different countries spoke to her in positive terms about my involvement or investment in them over the years. It is always hard to convey what has happened on a trip and I tend to underestimate the impact of things I am involved with anyway. I think she found it encouraging to hear first hand more of the stories from times I have been away. 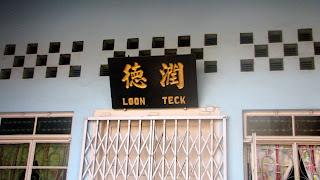 Ailsa may have been more at home in the Museum of Enduring Beauty but I reckon this is where I might have fitted in better. I don't actually know what this means (apart from it seems to be missing a letter in the middle of the translation) 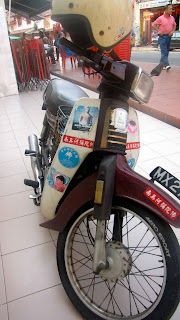 The sticker on this motorcycle had a picture of Buddha which says "Safe Journey. He who is calm experiences transcendental joy" I was starting to wish that the taxi driver on the way to the airport in KL was a buddhist. He seemed more to believe in reincarnation and was keen to be cracking on to the next life as quickly as possible. 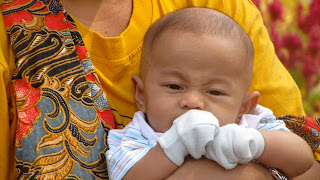 It was great to be part of Living Stones, to glimpse something of the future for IFES and to meet some of those involved in Malaysia. They were fantastic hosts and we very much appreciated our time there. Since coming back the TSCF National Leadership Team and National Board have both engaged with the Living Stones Vision. The recent Board Retreat identified where we are making good progress and where there is still work to be done. We want to have 2020 vision in order to have a vibrant student ministry that is ready for the children of today as they become the students of tomorrow and the graduates of the day after! As we put it in TSCF "Reaching Students for Christ, Changing Students for Life".
Posted by Nigel Pollock at 2:15 PM